Confessions, then – what are we going to confess first?
Um... what about Derek?
Yeah, okay – let’s do Derek.  Do you want to tell them about Derek?
Yeah, alright.  Okay, the thing is, MGHC, TMJ and SRJ don’t actually write the screenplays – we originally had a committee of about fifty people to write the show, but to date the committee’s version is still stuck at the second draft of Episode One.  Obviously that’s not sustainable, so we’ve secretly left them in their boardroom and hired a guy called Derek, who’s written the whole series so far but insists on crediting his work to the illustrators instead.  We’re not a hundred percent sure why he does that...
...but it might be something to do with tax avoidance. 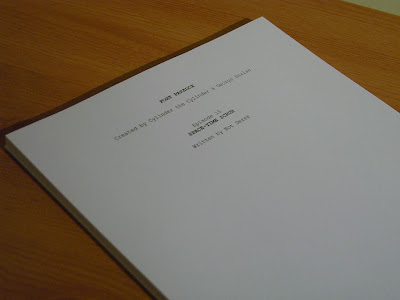 Posted by The Colclough at 09:22 No comments: 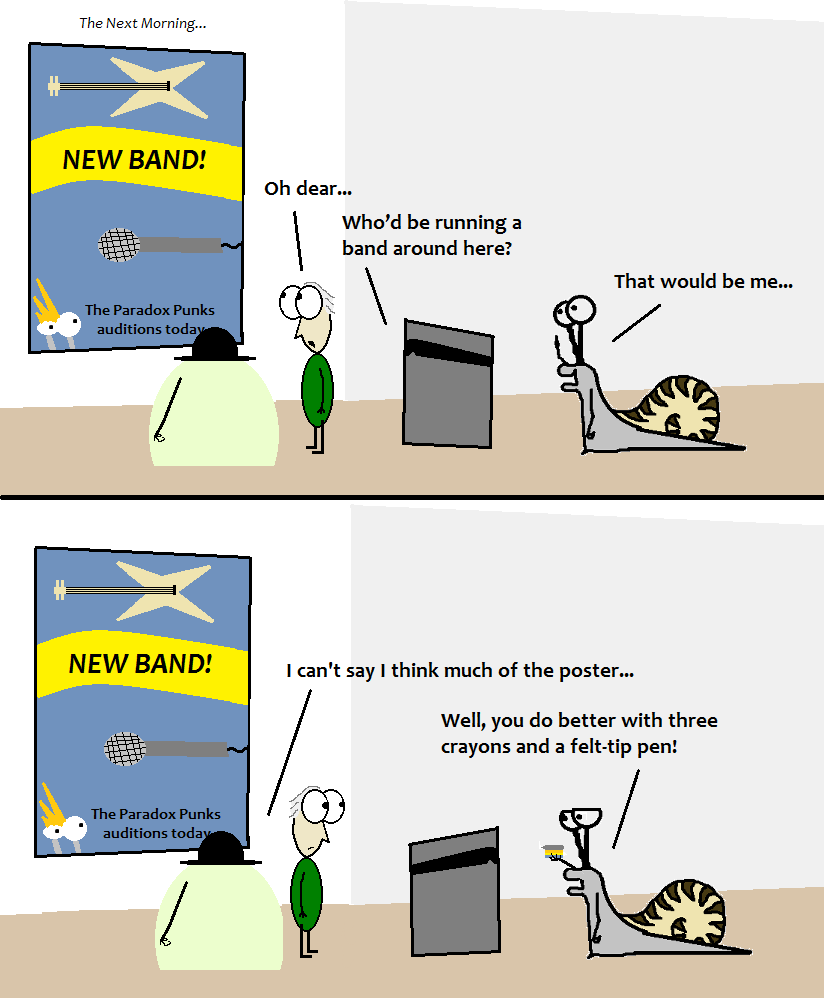 Confessions from the Making Of: Executive Producers

Day Two, and Chapter X The Second Evening, are over, and we're about to start Day Three, and Chapter XI Auditioning for the Punks.  And we're back to the extras-on-Tuesdays, episodes-on-Fridays schedule.  I'll leave Cylinder and Darlan to explain the new Tuesday filler series to you...

Hello world!
Hello, and welcome to our new series – confessions from behind the camera.
What you probably haven’t realised before is that we, Cylinder and Darlan, are the real driving forces behind this show.
You could be forgiven for thinking that the series is mostly the work of Matt, Tim and Sarah, but actually they’re just external contractors drafted in by ourselves to do the day-to-day grunt work. 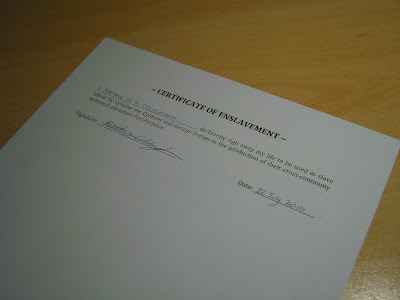 We’re the visionaries around here.
And the executive producers!
And the executive producers, yes.
And I’m in charge of Christmas pudding too!
The idea with this series is that we’ll be revealing a few of the secret truths about Fort Paradox and the people who make it, so stay tuned over the next few Tuesdays...
...and prepare to be amazed.
Posted by The Colclough at 09:23 No comments: 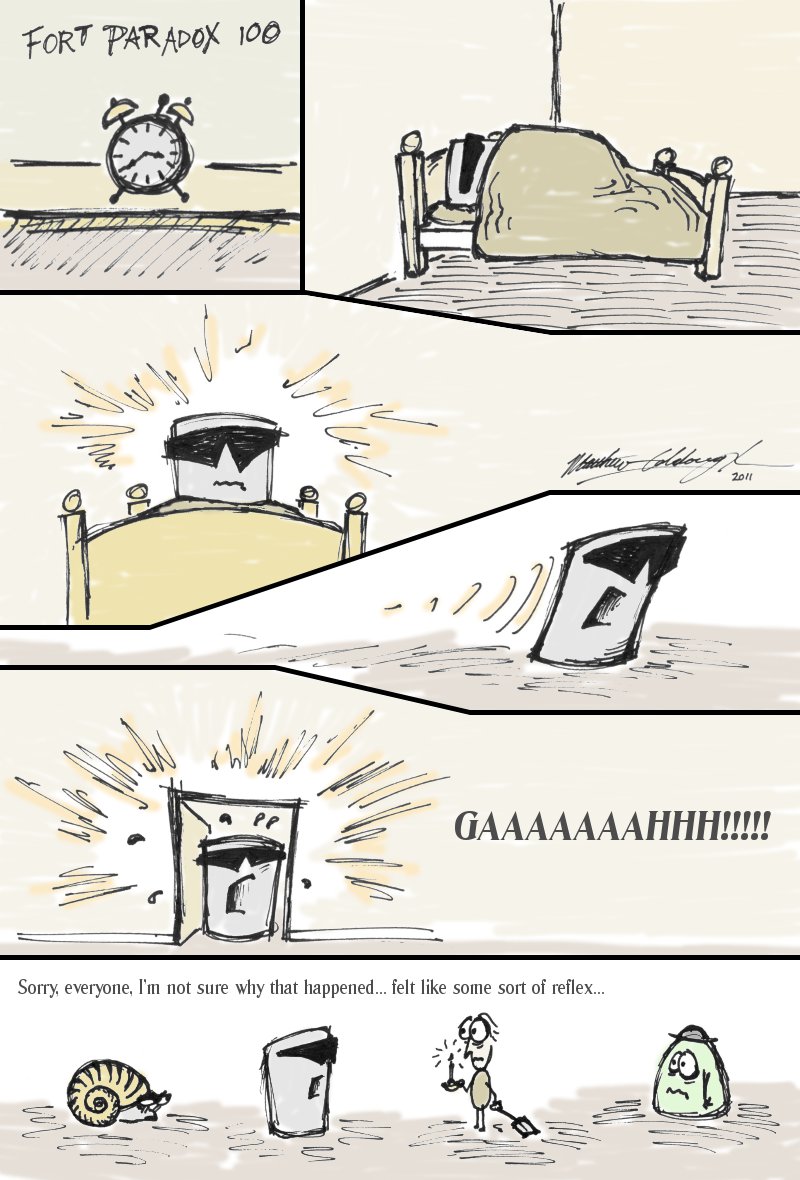 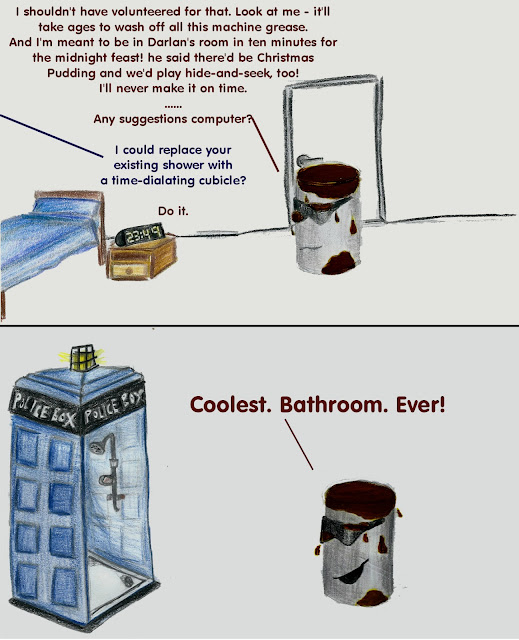 Script by MGHC & TMJ - Artwork by HRN
Posted by Unknown at 08:00 No comments: