Fort Paradox Weekly FAQ #3 (thanks hannahlikessheep*baa*)
Q: Why Avocado Smoothie? Why oh why oh why????
A: Why not? Matthew came up with the idea, on the basis that no-one on earth would actually want to drink a smoothie made from Avocados. Nothing really more than that. But... according to the Fort Paradox site stats, some Russian somewhere was actually looking for an Avocado Smoothie.
Ask them, not us... 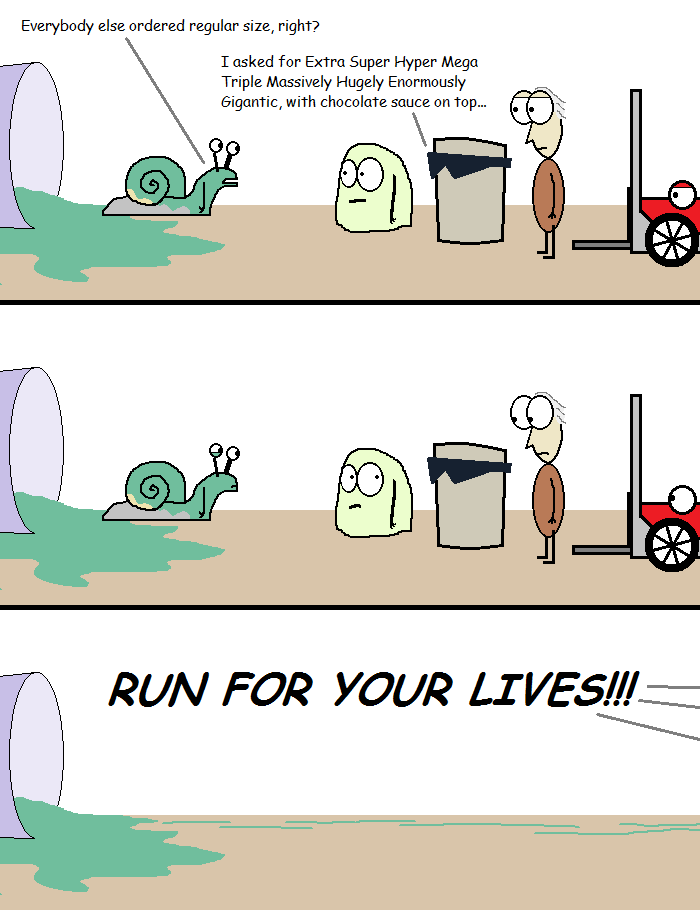 (An actual question from the audience this week!  Courtesy of hannahlikessheepbaa.)

Q: How do you decide what format to do each episode in, as in hand drawn, computer, colour, b/w, etc?
A: Now that's actually a harder question than you might imagine.  I can think of some guiding principles which explain a lot of our choices, but for every principle there are some glaring exceptions...
In fact, our artistic decision-making for Fort Paradox mostly consists of a long string of whims and hunches, and the oft-repeated question "what would be cool that we haven't tried yet?", hence the fact that I've just finished illustrating a six-episode scene using only black, blue, green and red biro, and I've made noises to Tim about using a mock-heiroglyphic art style for an upcoming chapter.


And another closely related Q: Just realised the tag at the bottom of [Episode 21] says 'microsoft paint'. Why did you choose microsoft paint?
A: Because it's quick and simple to use, and it was already installed on the computer.  We might go for all-digital episode creation in some other, more advanced software someday, but that's not a definite plan.  Yet.


Before I sign off, here's a quick run-down of some other questions which we're planning to answer in the near future (in no particular order):

Hope that was enlightening, or at least entertaining, or something.  If you've got any more questions, however esoteric, please ask. 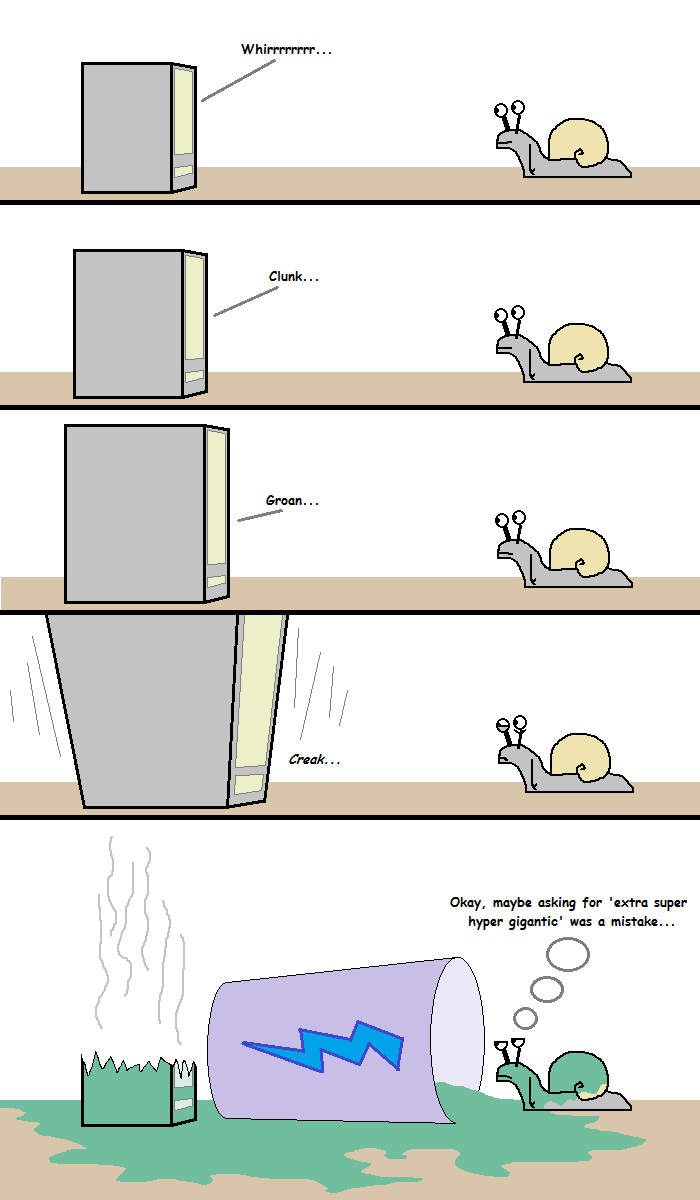 (Since nobody's actually asked any questions yet, I'm just going to make one up.  Here goes.)

Q: Am I allowed to leave comments on Fort Paradox?
A: Of course you are.  If you weren't, we'd have disabled the comments function by now.

By TMJ
Right then: What I forgot to say in the last scheduling announcement was that episode 20 will be posted this Saturday. My bad... Also, after hours of debate and many sleepless nights of worry (OK, it was actually two e-mails), the new posting rate will still be one per week, but on Fridays.
By a way of making up to our readership, we're introducing a Weekly FAQ on Fridays. Please feel free to chip in with any questions you'd like to ask.
Also, you might want to have a look at the poll at the bottom of this page. 8]
Posted by Tim at 11:48 No comments:

By TMJ
Just to remind you about posting updates; episodes 15-19 will be posted Monday to Friday this week, and then posting will drop to just one episode a week for a while, so we can get some more episodes written without running out online.
Posted by Tim at 10:24 No comments: