There were some teething issues with the green-screen, actually.  The worst ones were with Darlan here, him being green and all...
Yes, had some early drafts where I basically came out as a floating pair of eyes, didn’t we.
We did.

And you might have noticed the cross-bar between Forkley’s forks is missing in some episodes?
That’s because it was originally green.  We realised somewhere around Episode 14 that it was an issue, so ever since then he’s been starting each day with half an hour in a makeup chair getting it re-coloured to grey.
Posted by The Colclough at 09:26 No comments: 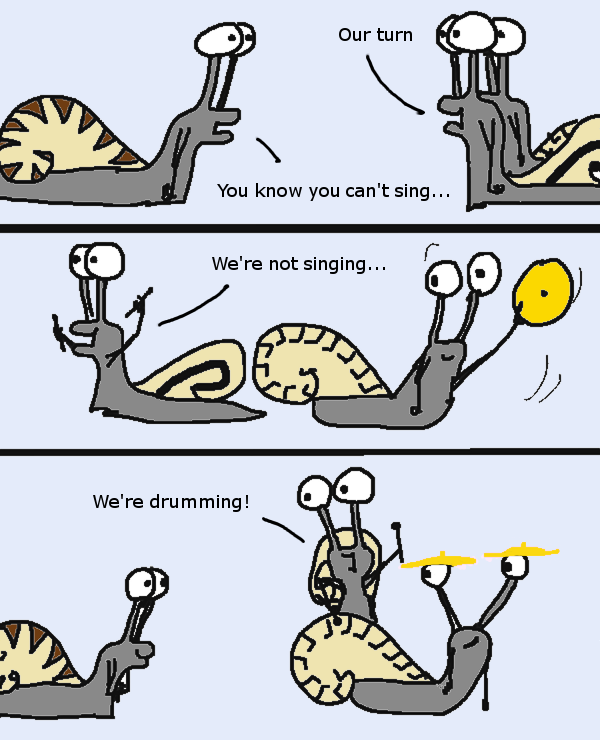 By TMJ
Posted by The Colclough at 17:44 No comments:

Okay, time for a major confession this week: most of the locations don’t exist.  The vast majority of Fort Paradox is actually shot on a green-screen. 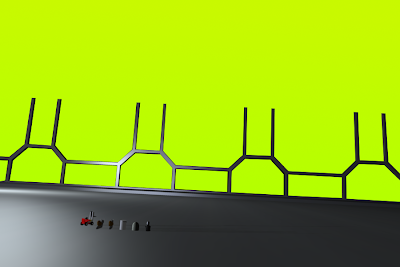 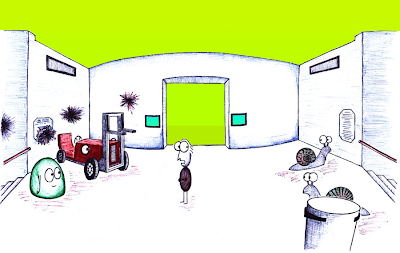 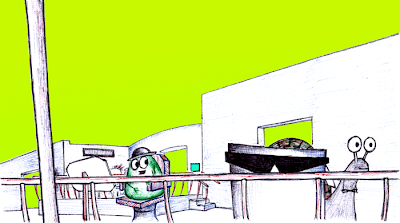 Most of the cast are fine with that, but I’ve noticed Edwin does seem to struggle a bit...
He does a bit, doesn’t he?
I mean, don’t get me wrong, I have a great respect for him as a character actor, but he does have a bit of a hard time with all the cutting-edge tech.
Poor Edwin.
Posted by The Colclough at 09:25 No comments: 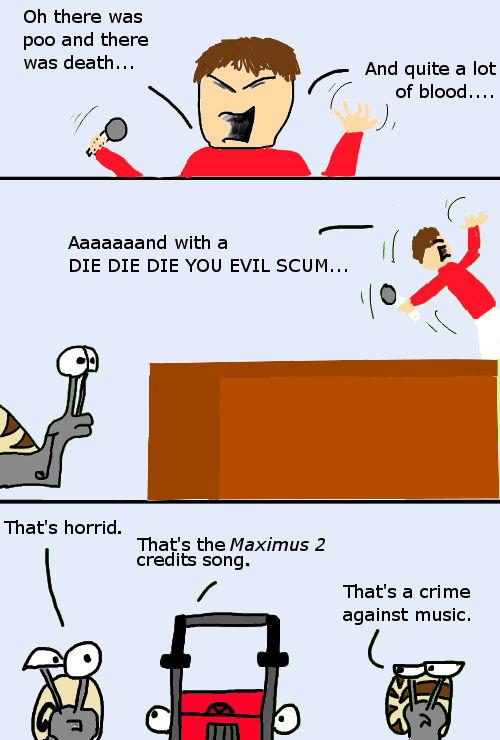 By TMJ
Posted by The Colclough at 18:12 No comments:

We’re often asked… well, we’re sometimes asked… well, someone asked me once, about how the episodes are drawn.
The truth is, despite appearances, the comic strip isn’t drawn as such.
It’s merely photographed with a common-or-garden point-and-shoot camera, and most episodes then have ‘arty’ filters applied in post-production.
The ‘Artwork by’ credits refer to the person who wielded the camera and designed the filters for the episode in question.
At first I was going to illustrate the first episodes, but then it came out looking a complete mess, so I decided I’d better stick to the acting and the executive-producing.
Ooh, I’ve just remembered - we designed a Jackson-Pollock-esque filter for Episode 24, didn’t we?
We did.
But it didn’t really work, and nobody wanted to keep it. 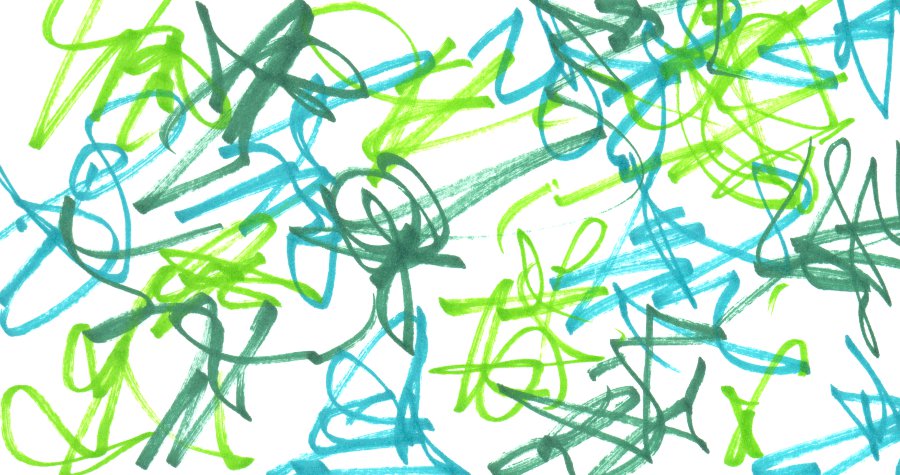 Posted by The Colclough at 09:26 No comments: 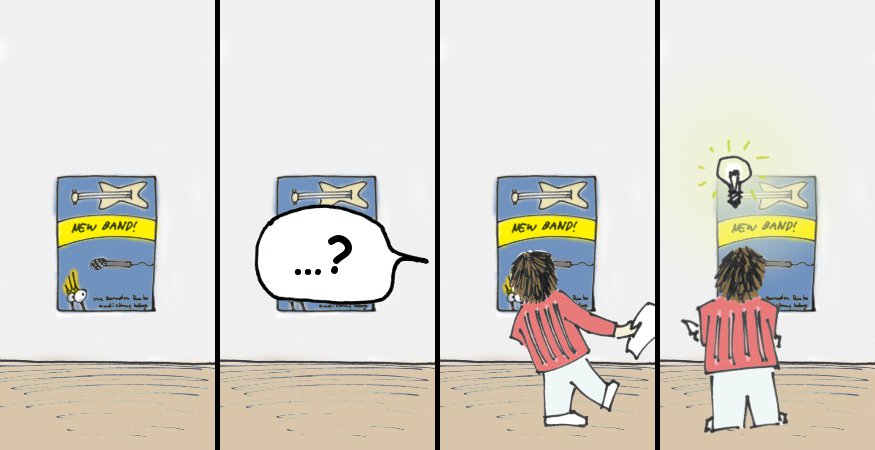 It’s a common misconception that we started at the beginning and filmed Episode 1 first.
Far from it.  The first thing we filmed was Chapter VII, The Sword in the Droid.
That wasn’t an ideal shooting order, but we had to do it because the scene was shot in a library that had just been renovated and we only had two days to film there before it opened to the public.
And the start wasn’t made any easier by the fact that French Person kept going on strike and drinking too much chardonnay.
We then filmed the two bridge scenes back-to-back, and that was in a pretty narrow window too because they needed to re-dress the set for the new series of Star Trek.
But don’t tell anyone we said that – they’re a bit embarrassed about having had to scrounge!
Posted by The Colclough at 09:23 No comments: 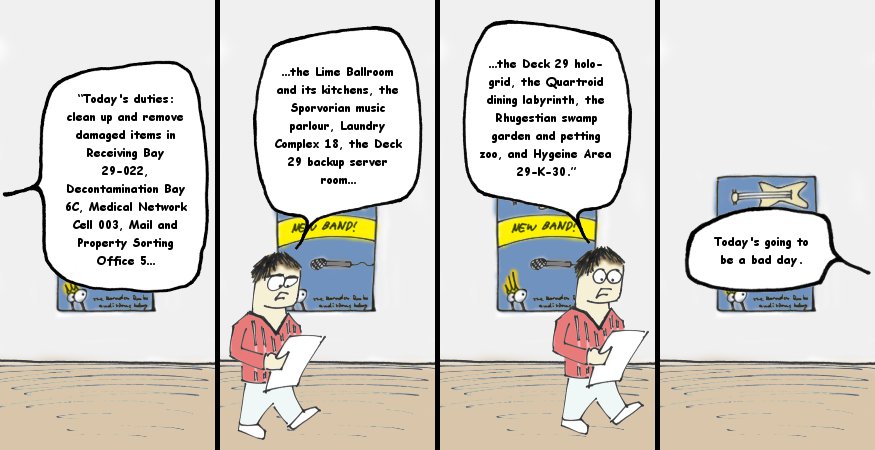