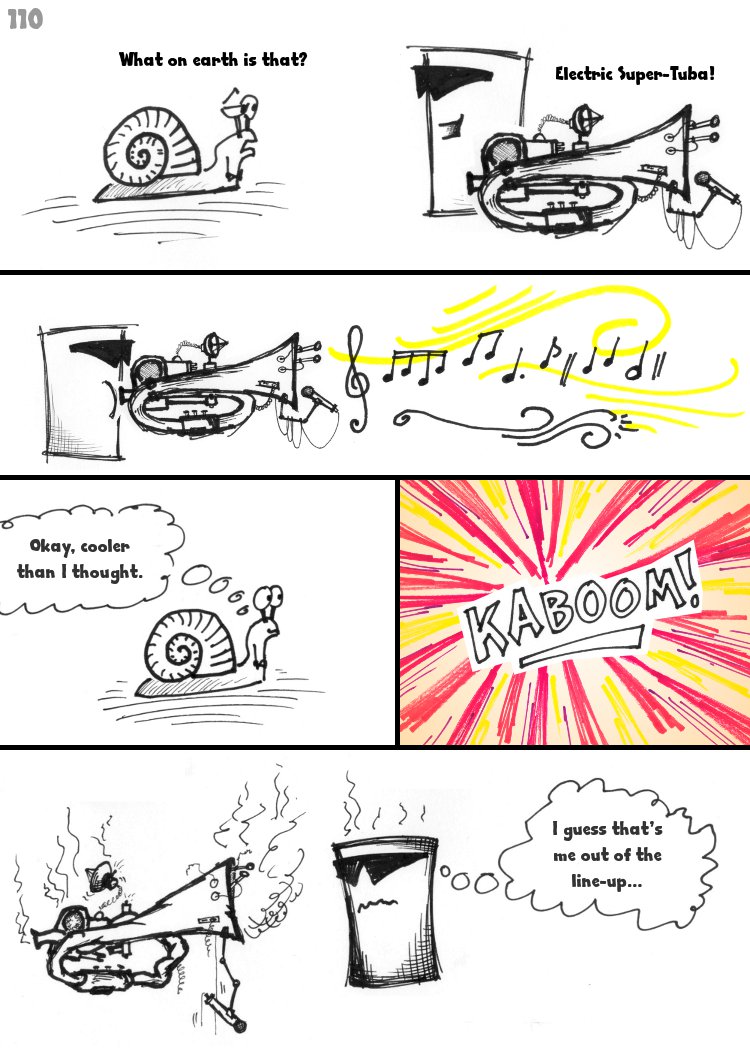 By MGHC
Posted by The Colclough at 11:24 No comments:

Our resident composer has produced...
...is still producing, in fact ...
...a pastiche Bach soundtrack for every single episode.
Unfortunately, because he uses quicktime, there’s a compatibility issue which means that nobody else’s computers can play the files back,  which is why all the readers think there’s no music.

Confessions: The Ones that Didn't Make It

Do they know about the Doorwardens yet?
No, I don't think so.  You tell them.
Righty-ho.  The Doorwardens were a last-minute addition, you see.  In all the early drafts we were going to have Daleks on the doors, but there were a few incidents of violence on set... 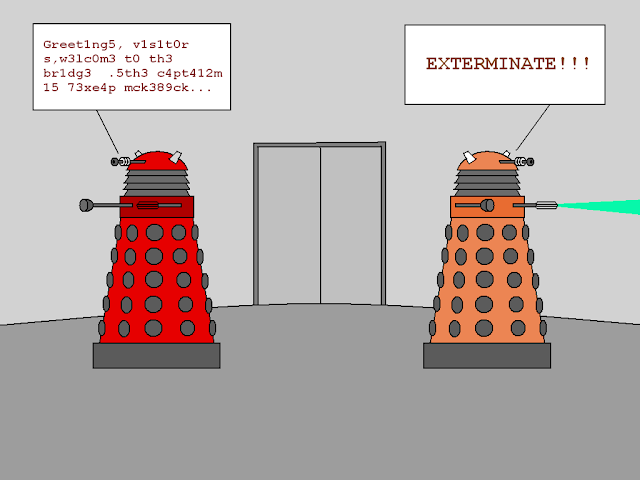 We lost two good crewmembers filming Episode 32.  A boom op and a focus puller.  Very regrettable.
Quite.  And there was a bit of a... I dunno, what would you call it, Cylinder?
A clash of ideologies, I suppose you could say?
Yeah, that sounds about right  So we had to let them go, and come up with a replacement quickly.  We found the Doorwaden characters sitting around on a metaphorical back-burner looking sorry for themselves, waiting for their threequel film to be made.
One other note on the subject - the Doorwardens as you see them in the final cut are all played by Andy Serkis via motion-capture.
Posted by The Colclough at 09:39 No comments:

“Shall we talk about the location work a bit more?”
“Can do.”
“I guess that translates as ‘the golf course’, doesn’t it? Am I right in thinking that the golf course in Chapter IX is the only piece of outdoor location shooting in the first hundred episodes?”
“I think you are.”
“We spent five years researching suitable locations, and eventually settled on a hybrid: part of the scene was shot on a massive course in Alaska, and the rest was filled in on a pitch-and-putt course in Sidmouth.”
“I have to say, I think the editing is brilliant, as you really can’t tell where one ends and the other begins!” 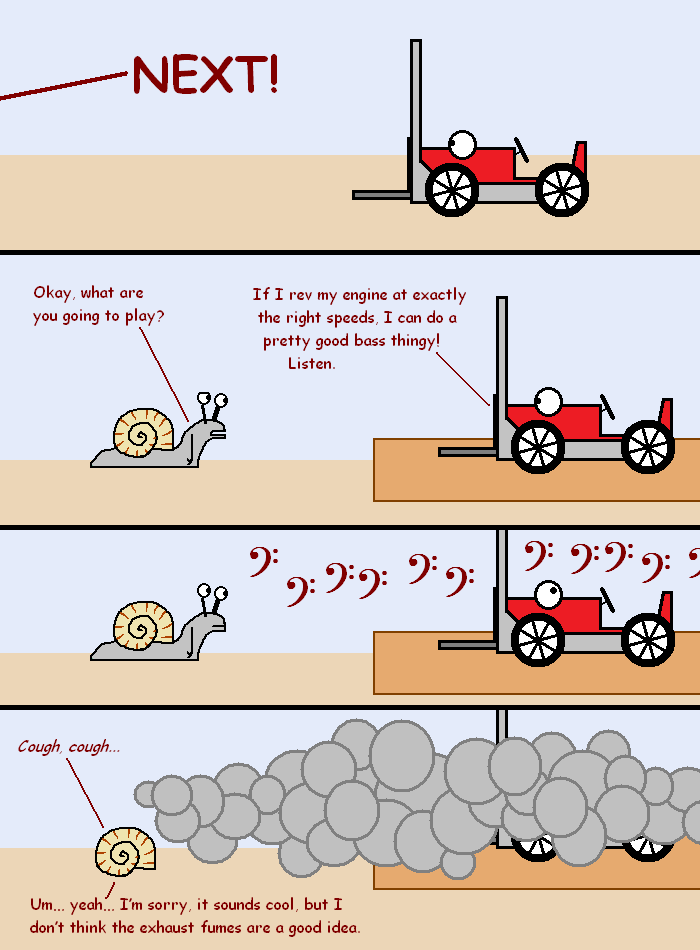 By MGHC
Posted by The Colclough at 10:01 No comments:

Okay, big confession time: Jeff is the only one of the snails who is actually played by himself throughout the whole show.
Louis is played by his Brothers In Shells co-star Phil with some makeup, starting from the last panel of Episode 41, because Louis got injured filming the cutlery scene with French Person.
And as for Spike, he’s so busy filming Brothers in Shells and working on his audition tape to play the Twelfth Doctor that he couldn’t make the time for us.
He’s depicted in Fort Paradox by a slug wearing a prosthetic shell.  And then the upside-down scenes in Chapters I and VIII were all filmed with advanced animatronics, as the Health & Safety wombles wouldn’t let us put real snails on the ceiling.

As an aside, speaking of H&S – despite being essentially a massive self-propelled artillery piece, Exo is actually our on-set qualified first-aider and has a day job with the Red Cross.
Posted by Tim at 15:54 No comments: