Episode 113 - And an Announcement

And that concludes this chapter. Fort Paradox is going on a short hiatus, due to the fact that were're almost out of episodes to publish. But don't worry, we'll be back soon, so keep checking for updates!
Posted by Tim at 17:59 No comments:

Confessions: Into the Console Room

Well, folks, it's been fun clueing you in on the Fort's dark secrets...
...dark as anything, those secrets...
...but for a variety of complex technical reasons, this is going to be the last in the current series.
And we're not telling you what comes next!
No, we aren't.  But in the meantime, we'll leave you with this final, mind-bending revelation: Fort Paradox is, arguably at least, a timeship; also, the TARDIS is a timeship; so if you stop and think about it, you realise that we've ended up with one timeship landing inside another one, inside a huge void between continuities or something.
Recursive, again.
Exactly my point, Darlan.
Anyway, just as a point of interest, the TARDIS used in Episode 98 was a genuine Tennant-era prop borrowed from the BBC.
Well, we say 'borrowed'...
...we did have to twist a few arms...
...in other words, you threatened to send your Tavuc 'friends' in to get what you wanted...
...hey, you threatened them with your 'friends' and their suitcase too!
Oh, yes... so I did.
Thank you, Cylinder.
You're welcome, George.
And because it was a genuine Tennant-era BBC prop, we weren’t allowed to alter it at all.
Which meant we had to hold all the shower fittings in place with Blu-tack.
Good job you didn't have any running water in there!
Too true.
Heh.
On that deeply arcane note, we'll wrap up the confessions and leave you all to make your guesses at what we're going to do next.   So, it's goodbye from me...
...and goodbye from him!
...and from him too.
Byeee!!
Tarrah.

- Cylinder the Cylinder
- George Darlan
Posted by The Colclough at 10:10 No comments: 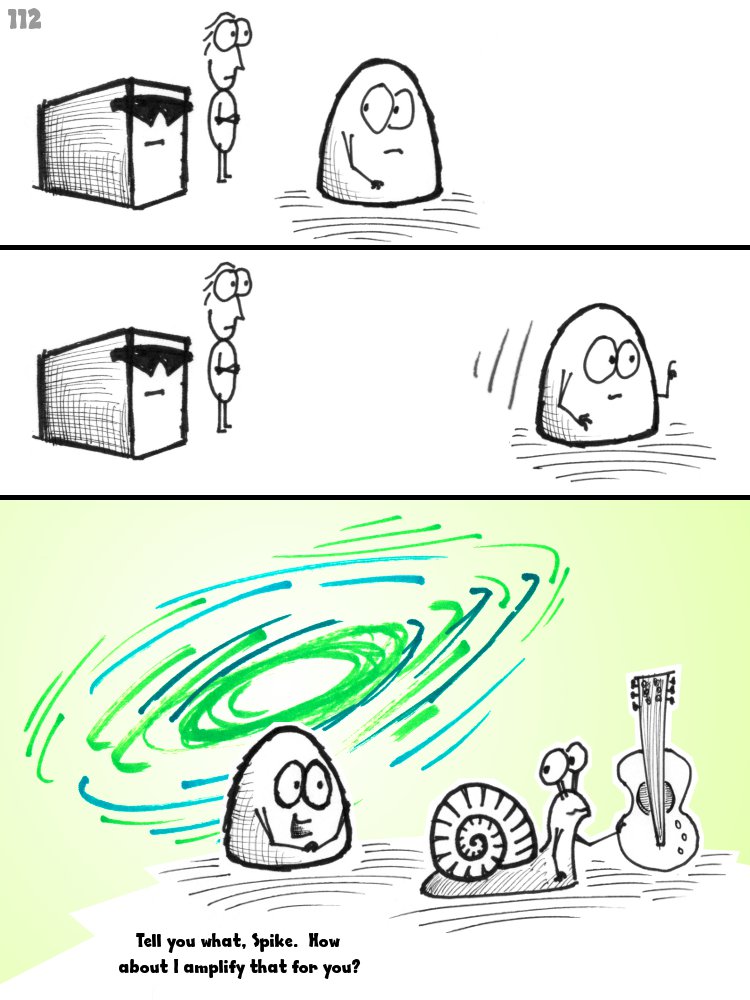 By MGHC
Posted by The Colclough at 09:31 No comments:

I bet you never realised this: originally, Steven Spielberg was attached to work with us as an executive producer!
Yeah.  But he quit in the end, when we refused to let Michael Bay direct the first two chapters.
Michael quit because we wouldn’t let him replace Forkley with Optimus Prime or fill every single panel with massive explosions.
Strictly speaking, we fired him because he was insisting on having Optimus Prime instead of Forkley and blowing up all the sets on the first day of filming.
We had nothing against Optimus, mind you, but the copyright issues were insurmountable.
And we paid a lot of money for those sets.
Oh, and there was the Edwin issue, wasn't there.
Oh dear, yes.
Bay wanted Edwin to be a gothy teenager with unsurmountable girlfriend issues.
Played by Shia LeBouf.  Edwin nearly quit over that, and we decided Edwin was more important than Michael Bay.
Bay and Spielberg both felt differently, and left us.
But I think we've done quite well without them, really.
Yeah. 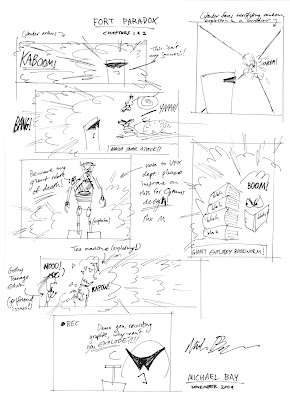 Posted by The Colclough at 09:48 No comments: 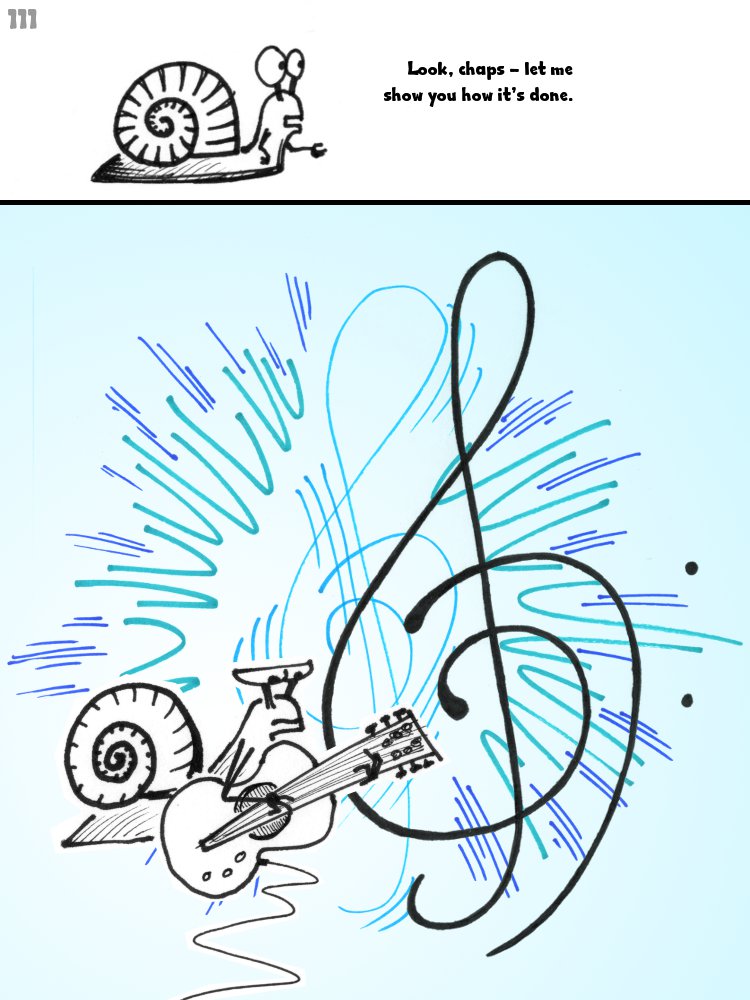 By MGHC
Posted by The Colclough at 09:37 No comments:

I've got a good one - Alan!
Ooh, yes.  The scandal of Alan.
Heheh.
*snicker*
You don't suppose we're being a bit cryptic here, do you?
You're right.  We should explain, not just sit here giggling to ourselves.
Well: you know Alan the Carrot?  The one Louis brought out in Episode 97?
Good old Alan.
Here's the thing: the Alan you see in Fort Paradox is an impostor!
Louis really does have a fluffy toy carrot named after Alan Titchmarsh...
...which, in his younger days, he allegedly used to film with the family camcorder acting out episodes of Gardener's World.
...but once Louis was injured and replaced by Phil, we couldn’t afford the insurance to have the real Alan the Carrot on set, so we made a duplicate.
Out of an actual carrot.
Recursive.
*snicker*
Posted by The Colclough at 19:12 No comments: