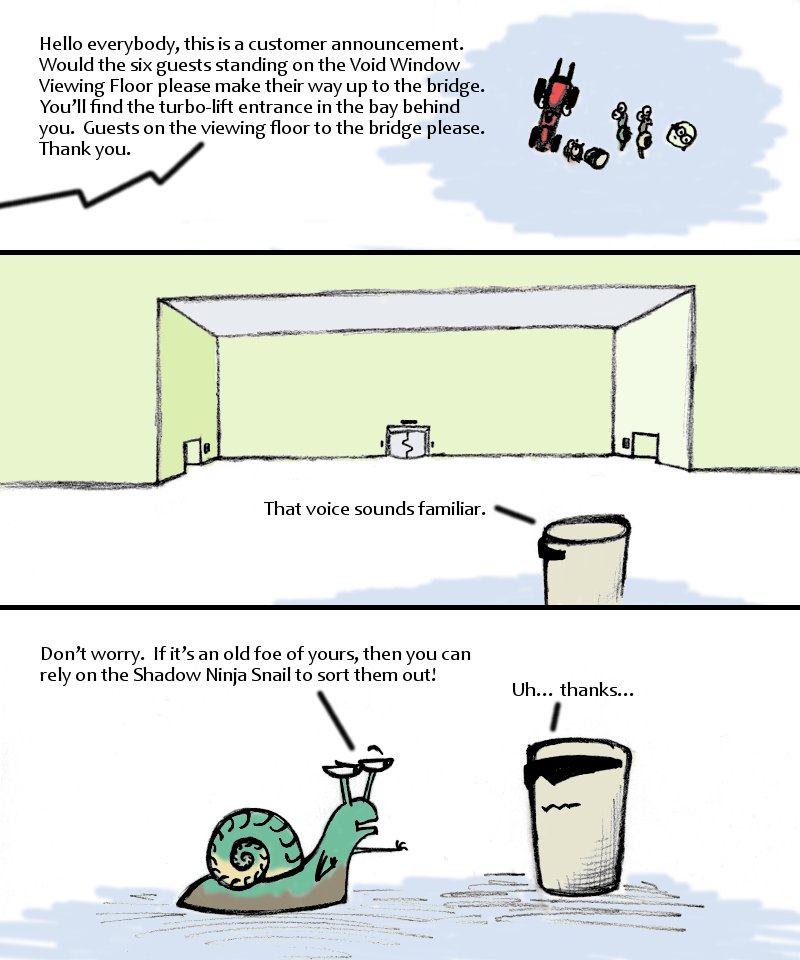 Q: How come Forkley's appearance is so inconsistent?
A: Um... where to start?  In short, because there are multiple different illustrators trying to draw him in multiple different art styles (as per the rest of the cast), and he's a particularly awkward one to pull off at the best of times.  The character began life as a small Lego model (which I still have - you're never too old for Lego, after all - and which will appear in some upcoming episodes with photographic artwork by SRJ), and that was our primary reference for Forkley's look in Fort Paradox, but he's gradually drifted away from that shape in some of the sketches.  The digital version of him which appears in Episode 25 is an exact reconstruction of the Lego version, but if he starts appearing in many more CGI strips then I might rebuild the virtual model to make it more consistent with the way he looks in Episode 27 and other places.

There's currently no narrative excuse for the phenomenon, but you never know...