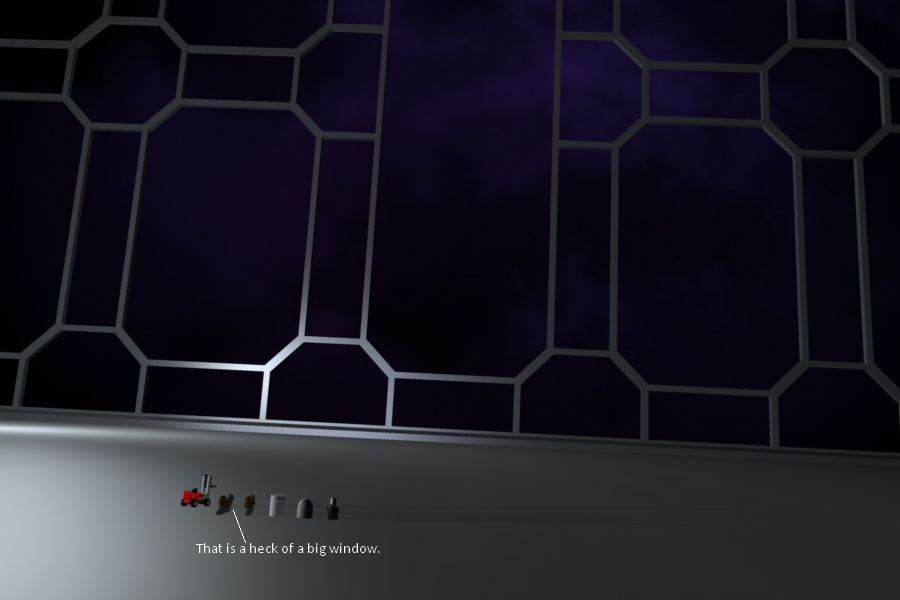 
Yes, this is a few hours early.  I won't be online tomorrow as I'm going to a wedding, so I decided to do today's update now instead.

Also: today's post marks the beginning of a new segment in the Fort Paradox story: Chapter III, The Void Window and the Bridge.

(another made-up-ourselves one... my goodness, you're not a very curious lot, are you?  If you were cats you'd all be well on your way to immortality!)

Q: Is the one-post-per-week thing permenant now?
A: Not for definite.  It all depends how fast we write the strip.  At the time of writing, there are 39 completed episodes (unless Tim's snuck some more in since I last spoke to him), and 25 of those are published, which leaves 14 in the buffer.  We'd like to have a bit more than that in the buffer - I can't vouch for TMJ or SRJ, but personally I'd say over 20 - before we start posting on Tuesdays again.  Basically, you can assume it will stay one-per-week until further notice, but we're hoping to go back to two-per-week sooner or later.  It's just a matter of when.

But here's the exciting bit: you could make it happen faster!  If you volunteer as a guest writer / guest illustrator / both (see last week's FAQ), then in theory the average production rate should increase, and the posting rate would probably follow suit.  How's that?